In 2005, the City of Louisville (Kentucky) launched the Strategic Toxic Air Reduction (STAR) Program to address the presence of cancer-causing chemicals in the air around the city.

As shown in Figure 1, the addition of a thermal oxidiser significantly reduced stack emissions of 1,3 butadiene at the American Synthetic Rubber Company facility. However, a subsequent investigation in 2013 revealed ongoing fugitive emissions from more than 10,000 components in service would still cause the facility to exceed permissible limits. 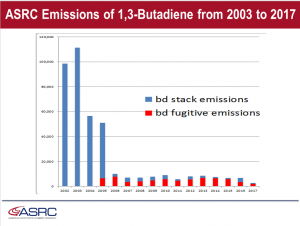 The ASRC began a stringent monitoring program at BACT/LAER frequencies and limits (250 ppm) to determine which components had to be replaced. 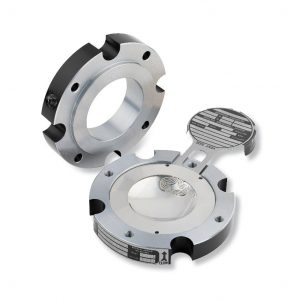 Once installed and monitored, the facility noted previous rupture disc leakage was eliminated. With this reduction, the plant-wide fugitive emissions of butadiene were reduced by almost 50% in two years (Figure 4). 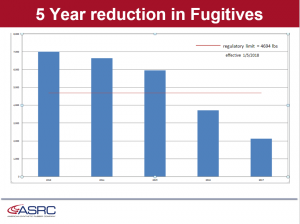 The OsecoElfab Safety CartridgeTM has proved to be the assembly of choice in all critical applications. It also aids with other common issues such as employee training and downtime associated with an overpressure event. Because of these additional benefits, the ARSC team has elected to continue installing the OsecoElfab Safety CartridgeTM in other difficult applications as a part of their normal change-out schedule.

For more information about any of these products, call our office, email sales@teksal.com.au or visit our shop.